Interpreting and applying the Americans with Disabilities Act (ADA) is often among the most challenging aspects of managing the workplace law and human resources functions at your workplace. There are numerous issues to consider with every new situation: Is the employee disabled under the terms of the law? Can the employee perform the essential functions of their job such that they are considered qualified? What reasonable accommodations might be in order?

There’s good news and bad news when it comes to answering these kinds of questions. The good news is that there are numerous judicial decisions released from courts across the country, seemingly on a daily basis, helping to shape the contours of the law. The bad news is that many of these cases seem to directly contradict each other and provide conflicting guidance—which can be incredibly frustrating for those attempting to navigate compliance issues.

This article will take a deeper look at recent decisions which cover the foundational issue that underpins every single ADA situation, determining whether the employee has a disability under the statute, and then attempting to untangle the apparent contradictions that present themselves. When examined closely, these cases provide a good framework for handling ADA issues at your workplace.

Issue: Is The Employee “Disabled” Under The ADA?

The first question every employer should ask when confronted with a possible ADA situation is whether the employee has a “disability” under the terms of the Act. Remember, only those who meet the statutory definition will be able to claim relief under the ADA, and you are not obligated to provide reasonable accommodations unless they fit into this category.
An individual is “disabled” under the terms of the statute if they have a “physical or mental impairment” that “substantially limits” one or more major life activities. Of course, employees might also be considered disabled under the ADA if the employer regards them as being so impaired or has a record of such impairment, but for the purposes of this article, we’ll focus on the questions surrounding whether they actually have that kind of impairment.

For the first two decades or so of the statute’s existence, employers often had success defending against ADA claims by arguing that the employee in question was not “disabled.” They would point to all of the things an employee could do and tasks they could perform and explain to the court that the employee wasn’t “disabled enough” to obtain relief. In 2008, however, the ADA Amendments Act (ADAAA) quashed many of these arguments, changing the law to make it more inclusive. The law was amended so that the definition of disability “shall be construed in favor of broad coverage of individuals under this Act, to the maximum extent permitted by the terms of this Act,” rejecting many of the judicial decisions that had created demanding standards for ADA plaintiffs. Thus, for the past decade, employers have been reticent to raise arguments about disabilities. But a few recent decisions highlight how this first line of defense might not be altogether dead.

Valerie Hoppman worked as a senior claims representative for Liberty Mutual Insurance Company in Lake Oswego, Oregon for over a decade before beginning to feel “overwhelmed” by the amount of work she was expected to complete. She told her supervisor about her anxiety and stress, and shortly thereafter took a medical leave of absence for a low-back condition. After a few months of leave, her doctor returned her to work but limited her permissible activity to eight hours per day.

Hoppman’s return to work did not go well. She still felt overwhelmed and told her supervisor that there was not enough time to get all of her work done, especially given the fact that she was restricted from working overtime. Within a year of her first medical leave, she again left work due to medical reasons and sought accommodations from Liberty Mutual. The company told her they would work with her on potential accommodations once she came back to work. But before she could return, Hoppman left her job and took a position with another insurance company. She filed a lawsuit against Liberty Mutual alleging that it failed to accommodate her under the ADA.

The employer argued to the court that Hoppman did not have a “disability” and wasn’t able to proceed with an ADA claim. She responded by providing evidence that she had depression, degenerative disc disease, migraines, and other physical ailments. But as the federal court in Oregon pointed out in its April 12, 2018 opinion, she presented no evidence that these conditions limited or restricted her daily activities. The only evidence of limitation, in fact, was that her doctor’s note indicated that she could not work overtime (i.e., more than 40 hours per week). Being able to “perform her regular job duties during an eight-hour day,” the court said, proved that she was not disabled. After all, “merely having an impairment does not make one disabled for purposes of the ADA.” The court dismissed her claim and ruled for Liberty Mutual.

In a similar case, James Benny Jackson worked for Blue Mountain Production Company in Mississippi as a chemical operator. The company primarily mined and processed absorbent clay which was then sold as cat litter. After over a decade of work in the chemical platform area, Jackson began to experience asthma-like conditions and was diagnosed with chronic obstructive pulmonary disease (COPD). He took leave from work under doctor’s orders but was eventually released to return—with the suggestion that he not be exposed to the same environment as before.

Jackson became frustrated as he was unable to secure another position at the company, and indicated that he might as well retire. Although other positions such as forklift operator came open, he didn’t apply for the positions and Blue Mountain did not offer them to him. He filed an ADA lawsuit against the company, alleging that it failed to reasonably accommodate him by not slotting him into another job.

In an April 27, 2018 order, the federal court in Mississippi dismissed his claim by concluding that he did not have a “disability.” Just as like with Hoppman’s case, Jackson cited evidence that he had a physical impairment—in this case, COPD and other assorted breathing issues—but did not provide specific evidence that the claimed impairment limited any major life activities. “While asthma, allergies, and bronchitis-related conditions are physical impairments that can affect an individual’s major life activity of breathing,” the court said, “these illnesses present in varying levels of severity and a plaintiff must still prove that their condition, be it asthma, allergies, or bronchitis, substantially limits their ability to breathe.”

But A Single Syncopal Episode Could Be A Disability

A state court case from Indiana presents the other side of the coin, when a seemingly minor physical impairment is judged to be sufficient to qualify as a disability. Melissa Davis briefly worked for the Knox County Association for Retarded Citizens (KCARC) in Vincennes, Indiana, as a direct support professional. After several months on the job, she showed up to work one day in a “confused and incoherent” state. She was unsure how she got to work, she could no longer walk, and her heart was racing. Her supervisor told her she should not perform work until she got clearance from her doctor.

Her doctor diagnosed her as having lost consciousness due to a single syncopal event (a temporary drop in blood flow to the brain, which could lead to fainting or passing out) without determining what caused it. He released Davis to return to light duty work, saying she should not bend, stoop, lift anything over 10 pounds, or remain on her feet for too long. KCARC concluded that there were no positions that would satisfy those restrictions and terminated her employment. She filed a claim under the ADA and related state law, and the employer defended her claim much like the way Liberty Mutual and Blue Mountain defended the claims described above: it contended that nothing in the record supported a finding that Davis’ single loss of consciousness incident substantially limited any of her major life activities.

The court’s April 18, 2018 decision saw things differently. It pointed out that the medical restrictions prevented Davis from walking, standing, lifting, and bending to a certain extent, each of which is considered a major life activity. And while the medical evidence demonstrated that Davis only experienced “some dizziness and headaches” for about three weeks after the incident, the court said “there is no time threshold to overcome for a restriction to substantially limit a major life activity.” Instead, the court noted that the ADA (including the amendments) requires the term “substantially limit” to be construed broadly in favor of expansive coverage, and therefore permitted Davis to proceed with her ADA claim against her former employer.

At first glance, these cases might seemingly present a maddening puzzle for employers to solve when determining whether a disability is present. But a closer examination reveals a method to the madness. When a plaintiff is able to demonstrate that their physical or mental impairment substantially limits a major life activity, the court will probably find them to have a “disability.” But if they simply present evidence of a medical diagnosis—whether it is depression, anxiety, a back condition, migraines, asthma, bronchitis, allergies, or thousands of other possible conditions—a court might reject their claim if there is no corresponding evidence showing how the condition limits or restricts daily life activities.

A word of caution, however. In many instances, it will make sense for you to err on the side of caution and at least begin the interactive process when you learn that an employee has a physical or mental impairment, even if you are unsure whether that impairment substantially limits a major life activity. This process will allow you to determine more details about the underlying condition—which might enable you to make a reasoned judgment about whether the employee has an ADA-qualifying disability—and might educate you about quick and easy reasonable accommodations. While it might make sense to wage a battle over the definition of “disability” when you are forced to defend a piece of litigation, it might be easier to provide an accommodation in order to avoid a costly and time-consuming lawsuit, even if you are unsure about the limiting nature of the physical or mental impairment. 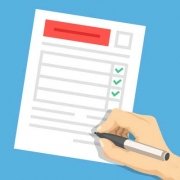 Employers Must Soon Use Yet Another New I-9 Form 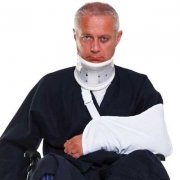 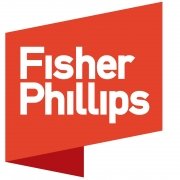 REVISED Overtime Rule from the Dept of Labor 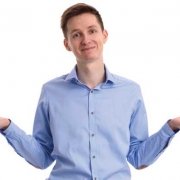 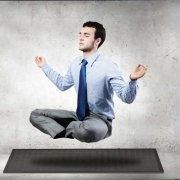 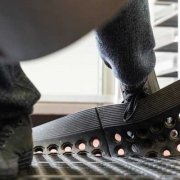 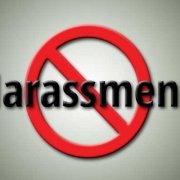 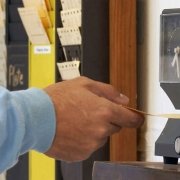