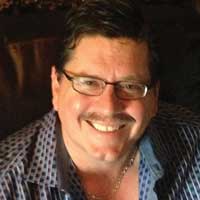 Amazing changes have taken place in less than twelve months since we interviewed Gordon Hickman of Advanced Uniform and Linen in Patterson California. At that time the company was doing well with their philosophy of attention to details and providing quality service to their customers. In fact, the business was at the maximum capacity in their 7,000 square foot building. Advanced currently processes 30,000 to 35,000 pounds per day, washing 20 to 22 hours per day—leaving little room for maintenance, let alone expansion.

That will all change when they move to their new facility less than a mile from their current location. Gordon and his two partners bought land and an existing building that is in the final stages of renovation. At 47,000 square feet, the new facility will greatly expand their capabilities to an estimated capacity of 50 to 60,000 pounds per eight hours. Gordon is thrilled that the new location may allow them to triple their business but says the process with its stress has been “a roller coaster.”

Gordon and his partners had the foresight to hire an industrial laundry design consultant with the experience of over 20 laundry designs. “You could spend millions in new, efficient machinery but if it’s not laid out and designed for speed and efficiency it’s not going to help you.” But even with expert assistance, structural changes had to be made that were not evident in the beginning. That’s why Gordon recommends that anyone remodeling a building add an additional 30 to 40% to the budget. 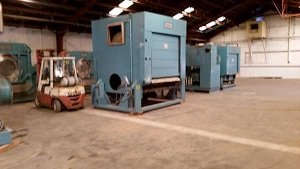 Gordon had been concerned about working with the city planners on the project but discovered that they were very accommodating, allowing work to begin before the plans were finalized. They were very responsive with inspectors on site so the work could continue with fewer delays.
Water use is always an issue in California and the design of the new facility will help Advanced to be more water efficient. The new wash machinery has reuse drains and in conjunction with a 5,000 gallon clarifier they will recycle 20% of their water immediately. Eventually Gordon hopes to have a Norchem full water reclamation system in operation for even more efficiency.

Once the remodel is complete in August, Gordon plans to make use of the additional capacity with current clients. Advanced has been supplying linen tablecloths to hotels with fine dining and some customers want Advanced to take on the hotel room linens and towels. With the addition of a lift gate truck and the added space for storing merchandise waiting to process, Advanced will be able to service new business, adding as much as a million pounds of linens per year to their total. This is more convenient for the clients and more profitable for Advanced.

This year has also seen an expansion of the geographic area Advanced serves. Last year Gordon got most of his business from the San Francisco Bay area. Since then he has acquired country clubs and restaurants in the Central Valley increasing his route days there from two per week to five. This area will also be a good source for future expansion in services and clients.

In addition to increasing washing capacity, Gordon is looking forward to adding embroidery and a cut-and-sew operation. He plans to recycle tablecloths and make aprons and other items his clients will need. The current Quonset hut building with its curved walls is inefficient in the use of space and has no room for these functions.

This year has also seen growth for the direct sale Jan/San business. Currently the Advanced RSRs are selling 125-130 cases of AMMEX gloves per month, 25-40 cases of toilet paper and the same amount of center pull paper towels. Gordon says “You can’t tell a man to go and add more to his already difficult work load. If you give them the incentive of a commission it helps them tremendously.” Some of the RSRs are making car payments with the commission earned by direct selling products to customers on the routes. With additional storage space at the new facility Gordon hopes to add even more product lines.

Gordon is also working on his own personal development, planning to attend the 2014 Conference this September. A first-time attendee last year, he found valuable ideas and is signed up to attend Charleston. “We should be in the new building by then and my stress level will be much lower.” He said. “I met some sharp independent operators last year. We talked about rental agreements and how to compete against the national chains. Our group has a lot of good members with great ideas.” As evidenced by the growth this year, those ideas have paid off.

When asked what advice he would give to Universal Unilink Members who want to grow their business, Gordon says “I’m accessible 24/7 by phone. My business card that I send to new customers with a copy of their agreement has my personal cell phone number on it.” He adds “When you treat your customers as you want to be treated, and realize the relationship has to work for both parties, you’re going to grow.”