According to a study published by the Washington Post, less than half of new small businesses are still in operation four years after their founding. If your business is still going strong in its fifth year, congratulations are in order. But if you want to grow a solid business that you can hand off to your children, you need to take a look at the success story of Caplan’s Inc., a direct sales uniform business that has survived and thrived for 123 years.

A History of Service 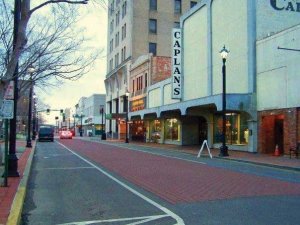 David Caplan, a Polish immigrant, began his career in Louisiana as a traveling peddler selling merchandise from the pack on his back. In 1891 he founded the first of several stores in Alexandria, offering mens and boys clothing, work uniforms and accessories. The store prospered and over the generations other locations were added in Alexandria and the surrounding communities, offering men’s fashion and accessories with one location specializing in uniforms. The current owner, David Caplan—named after his grandfather—is at the helm of the Caplan family enterprise with his partner in business and life, Norrine Caplan, at his side. Their son Brent, continuing the family tradition, left a successful career as a fashion clothing buyer for a major department store and joined the family business soon after the company’s 100th anniversary. Brent recalls that he was told at the time “the second hundred years are the hardest.”

Seven years ago David found himself opening the uniform store in the morning and closing the fashion location late at night. With long hours and no weekends off, it was clear that the time had come for a change. The decision was made to close the fashion locations and concentrate solely on uniforms and uniform accessories. The volume was lighter but with fewer trends and suppliers to contend with, the Caplans were able to concentrate their efforts on their uniform customers, delivering the best customer service possible—and have time off on the weekends. The focused effort on their uniform customers and attention to detail has paid off. Caplan’s Inc. is prospering and on track for 27% growth this year with a very positive outlook for 2015. Says David, “Service is what our customers look for. Anyone can buy online, and many do, but personal service makes a big difference.”

That personal service is not just a marketing slogan. The Caplans exemplify it every day. The City of Alexandria is one of their larger accounts. Almost every uniform worn by a city employee is supplied by Caplan’s and they are on a first-name basis—not just with the department heads, but with each man and woman wearing the uniforms. Brent says that his father had personally measured hundreds of workers from every department. “He learned the hard way that it’s better to get up at 5 AM to measure the sanitation workers at the beginning of their shift than after.”

Brent adds “My grandfather and father both believed that every customer was important and should be treated as such. Finding employees that share that vision isn’t easy but is well worth the effort. We’ve built a great team and that allows me to spend time with prospects and deepen relationships with customers. There’s a lot of room for expanding our business in our region.”

The Caplan family business has thrived by establishing long lasting relationships with their customers. The same can be said about their suppliers. Some have been a part of the business as long as anyone can remember—and longer. Brent noted that they found an entry in an old ledger noting a purchase from Williamson Dickies from the early 1920s. After contacting Dickies with their find, they were told that Caplan’s is the oldest existing customer in Dickies’ records.

While old friends are dear, new relationships are worth pursuing. David says that a customer needed some embroidered jackets very quickly. He was delighted that Universal Unilink Preferred Supplier, Dunbrooke was able to fulfill the order with free shipping on time for a local decorator to finish the order. David says that “Tammy Flippo did a great job at a great price. Because of Tammy and Dunbrooke, the client had their jackets in time for their meeting.”

Serving Those That Serve

Caplan’s has focused a great amount of effort on the “blue goods” or police segment with great success. David relates that they have knocked on the doors of every sheriff, police or fire department in the eight to nine parishes they serve. With most of their customers within 70 miles of the central store location, the Caplan’s team is able to offer a personalized approach. While the store is conveniently located, many times the individual departments opt for in-house service with a Caplan’s representative traveling to the department location to measure and outfit a team.

Caplan’s offers a wide selection of police uniforms and accessories from an assortment of suppliers. David claims that they are able to outfit their customers from hat to boot with everything in between. They offer equipment vests, leather goods and most any uniform accessory a law enforcement professional would need, including emblems and custom badges. The only items not offered at Caplan’s are weapons and ammunition.

David relates that he is always looking to fulfill customers’ needs and is researching on-uniform and wearable body cameras which may become a mandated requirement for many police departments. The technology doesn’t end with uniform accessories. Caplan’s has an extensive online store which some customers prefer as an alternative to the physical location and the on-site visits.

In addition to “blue goods,” Norrine Caplan supervises another profitable niche servicing the parochial school uniform market. Administrators at many private schools in the area were weary of enforcing uniform standards among a population of students that were purchasing uniforms from whatever source they could easily find. Consistency of color and style was impossible. Caplan’s provided a solution with a uniform program that each school could easily enforce. Once Caplan’s was named as the exclusive vendor, parents purchase their student’s uniform from Caplan’s and are guaranteed a long-lasting quality garment that fit the schools’ criteria.

As an added bonus, a school’s mascot or crest is heat-sealed to the back pocket of each pair of pants, ensuring easy identification and compliance for the school administrators. Says David, “They could go back to focusing on teaching while we focus on supplying quality uniforms.” David attributes much of the company growth to the school uniform program and plans to add more schools next year.

Caplan’s is a long-time member of Universal Unilink. David says “I think joining Universal Unilink and having the experience that they provide gives small direct sellers a real advantage in the marketplace.” He added that the 2014 conference in Charleston was “one of the best. The comradely and size was great. It was a really good package.”
Norrine added “We’ve had the opportunity through the years to attend a lot of conferences. I think that if I ranked the Universal Unilink conference for ambiance, for programming, for the opportunity to network and get to meet . . . with those in our industry . . . this conference ranked right up there at the top. Rather than an expense, we think of this as an investment in our business.”

Good advice from Members that have stood the test of time and met the challenge of change while serving their customers with quality products and attention to personal service. There is no doubt that these attributes will carry the family business successfully through the next 123 years.