Rechargeable mobile chargers – small lithium-ion portable power packs that are able to quickly recharge a spent cell phone when there is no access to a power outlet – have quickly become a hot selling promotional item. Experts agree on the performance benefits of lithium-ion but they also warn of the significant safety challenges. For the promotional industry, lithium-ion power packs may present the greatest safety challenge we have ever faced. Anyone selling these battery products, distributor or supplier, large or small, whether they buy from overseas factories or domestic suppliers, should take the time to learn the issues, the risks and the best practices so they can make safe and informed decisions for their companies and for their customers.

What risk could be this serious? Fire! Fires aren’t frequent but even a cursory Google search will yield dozens of articles on the volatile potential of lithium-ion batteries. Aside from stories of smart phones and laptop batteries catching on fire, there is also the well-known case of the UPS jet that crashed in 2010 because a fire on board was traced to its cargo of lithium batteries. More recently, Japan Air Lines was forced to ground its entire fleet of Boeing 787 Dreamliners for several months because of lithium-ion battery fires on board. Dangerous incidents like these prompted the prestigious magazine The Economist to publish an article in its January 2014 issue entitled “Why Lithium Batteries Keep Catching Fire”.

One of the greatest concerns is that the industry is selling a product it has little experience with and very little “in-house” expertise in. Even more at issue, a deep understanding of this complex technology may also be beyond the scope of many of the Asian power pack manufacturers and assemblers who have flooded the market with cheap power packs over the past few years. When the suppliers and manufacturers selling products built on a potentially dangerous technology do not fully understand it – the risks speak for themselves.

Because of the highly volatile nature of lithium-ion, these power packs require well designed protective circuits to maintain safe operation. They also require sophisticated manufacturing expertise for the battery cell itself. The quality of the cell and protection circuit limit the peak voltage, maintain a safe internal temperature, protect against short circuits, against improper or overcharging and against any number of other conditions that could cause the battery to generate a “thermal runaway” – the condition that results in uncontrolled venting and fires.

Cost of Testing is a Deterrent

“Voluntary” is even more at issue when one considers the cost of testing. To test a single power pack model to the IEC 62133 standard costs about $6,000 at most labs. Other battery tests are even more expensive. Yet there is no alternative to these tests to have confidence that the battery and power pack has been well-constructed and has the necessary protective circuitry. But because these standards are voluntary, suppliers and manufacturers can choose whether or not to spend the money to test or not, and whether or not to test every model. Unsuspecting distributors are likely to be unaware as to whether the power pack they’re purchasing for their client is compliant with any prevailing standard or the extent to which it has been subjected to these rigorous tests.

We have already seen the risk of cheaply made power packs. On April 29, 2014 the Consumer Product Safety Commission announced the recall of 100,000 mobile power bars sold at Five Below, a retailer, because of fire hazard. The cost of that recall alone could approach $1 million.

Here are basic guidelines distributors can follow to minimize risk:

What tests has the product passed? The more, the better. UL 1642 is the universal standard for the lithium-ion battery cell, IEC 62133 or UL 2054 for the assembled power pack (covering the protective circuitry) and UN 38.3 is the certification required for transporting these products. As with all test reports, be diligent when reviewing the reports or ask an expert to do it for you. Is it from a recognized third party lab like UL, Intertek, SGS or TUV? Does it include detailed photographs of the power pack you’re purchasing – not a similar or older model? Are the tests current? Is the battery factory different from the power pack assembly factory? Do you have test results for both? 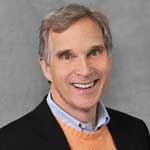