We all know the numbers by heart—in the United States, the healthcare market for reusable textiles is 20% compared to the 80% market share held by single-use disposables. And, there are 50 salespeople representing disposables for each salesperson selling reusable textile products. These are depressing statistics by any standard. To add insult to injury, how often have we read research paid for by manufacturers of disposable items—research that touts the superiority of disposable items over reusable counterparts?

In the past few years, this effort has included conducting several life cycle assessments (LCA) that have each confirmed reusables are the environmentally friendly choice over disposables. Specifically, the raw goods, manufacture, and cleaning of reusable textiles use less water and energy/carbon than the raw goods and manufacture of disposables. In addition, choosing reusables greatly reduces waste stream and its associated costs because a reusable item is worn up to 50 or 75 times, while a disposable item is used once and goes to the landfill or is incinerated.
THE 3Cs

Several large companies have convinced the last few generations of healthcare professionals that disposables are more convenient, easy to store and more sanitary. They have even made claims that their products are green.However, within the textile services industry, we know reusable textiles deliver the 3Cs:

A MESSAGE FROM THE FUTURE

Even though the reusable message of conservation/environmental sustainability is an important one, it’s not a hot-button issue in 2018. But it’s predicted that will change in the future.

According to the OECD Environmental Outlook to 2050, the Consequences of Inaction, by 2050, the Earth’s population is expected to increase from 7 billion to more than 9 billion, and the world economy is projected to nearly quadruple, along with growing demand for energy and natural resources.
In addition, our waste stream is on target to triple by 2050 and water scarcity will increase, says Andrew Burger in his Nov. 6, 2014, article “The Business of Water Shortages” on Triplepundit.com. Specifically, between now and 2040, the supply of fresh water will not keep pace with demand, unless there is more effective management of water resources. A major international study, the Global Water Security Intelligence CommunityAssessment, finds that annual global water requirements will reach 6,900 billion cubic meters (bcm) in 2030, 40% above current sustainable water supplies.

According to the Carbon Disclosure Project’s (CPD) 2014 Global Water Report, cited in the article “Waste Production Must Peak This Century” in the Oct. 31, 2013, issue of Nature, on the risk water shortages pose to business, more than 68% of business owners surveyed believe their businesses are vulnerable to water scarcity.

The CPD survey was sent to 174 of the world’s largest companies and included questions on water usage, exposure to water restrictions and plans to cope. Ninety percent of the respondents said they are integrating water resource management into group-wide business strategies, and 82% are setting goals and targets to reduce water use.

I predict that before 2050, our clients will have come to appreciate the industry’s role as a guardian of water and energy, as well as the eco-nature of our products and service. But we can’t just wait for this to happen. We need to build our case now for the future.

WHAT IS A LIFE CYCLE ASSESSMENT?

A life cycle assessment (LCA, also known as life cycle analysis, ecobalance and cradle-to-grave analysis) is a technique to assess environmental impacts associated with all the stages of a product’s life from raw material extraction through materials processing, manufacture, distribution, use, repair and maintenance, and disposal or recycling.

LCAs have shown great promise for improving understanding of the wider implications and relationships that must be considered when incorporating environmental concerns into technical decision making. LCAs provide data that enables industry and government to find ways to both increase efficiency and reduce harm to the environment.

ARTA’s Cleanroom Committee began work in 2015 on an LCA comparing disposable and reusable cleanroom coveralls. LCAs on isolation and surgical gowns were undertaken in 2017 with the formation of the ARTA LCA Committee.
To conduct the LCA research, ARTA partnered with Environmental Clarity, a firm specializing in LCAs, as well as several supplier members and the International Association for Healthcare Textile Management (IAHTM).

To date, two of the three LCAs have been accepted by peer-review journals. The Cleanroom Coverall LCA is running in The PDA Journal this summer, and the ARTA-IAHTM Isolation Gown LCA has been accepted by the American Journal of Infection Control (AJIC). AJIC will run the isolation gown LCA this summer, but it is also available online. We’ve submitted the ARTA-IAHTM surgical gown LCA for peer-review and await news of acceptance.
Why is ARTA spearheading these LCAs and why is peer review so important? In the world of research, a study isn’t considered valid unless it’s published in a peer-reviewed journal. Without the external seal of approval that peer review provides, scientists consider any research results presented as preliminary, potentially flawed, and generally the same status as a press release.

WHAT THE LCAs REVEAL

“The results of each LCA conducted support the conclusions from six other reusable/disposable studies that showed reusables provide a significant improvement in energy, environmental footprint, water, and energy-associated emissions,” says Michael Overcash, Ph.D., lead researcher for Environmental Clarity, the firm ARTA partnered with on the LCAs.

The LCAs studied disposable and reusable items from their inception as raw materials in the earth to manufacture of the product, to use/reuse, then to final end-of-life disposition. The end-of-life phases included landfill for both reusable and disposable gowns. Recovery of lost instruments was also included for disposable surgical gowns, as instruments are often sent to the landfill with disposable drapes, towels and gowns. A second end-of-life scenario was considered for reusable gowns in which the gowns were reused in other industries. Transportation was included within each of the applicable stages of the life cycle.

The scope and the results emphasize transparent, science-based life cycle analyses. The following is a summary of data from the three LCAs.

Two representative market leading disposable coveralls—a flash spunbonded high-density polyethylene (HDPE) coverall and a spunbond-meltblown-spunbond polypropylene (PP) coverall—were compared with a representative market-leading reusable polyethylene terephthalate (PET) coverall. The HDPE coverall was found to be 43% lower in natural resource energy consumption and 41% lower in CO2 equivalent emissions than the PP coverall. The water consumption for the HDPE coverall was 12% lower than the PP coverall.
The study found that choosing reusable isolation gowns instead of disposable alternatives decreases the environmental footprint by:

In this study, an isolation gown was defined as a single-piece, size extra-large (XL) or one-size-fits-most, long-sleeve, tie-up garment. The functional unit, or basis of comparison, was 1,000 isolation gown uses in a healthcare setting. For the reusable gowns, this was 16.7 new gowns each used for 60 cycles, while for the disposable gowns this was 1,000 new gowns. Two market representative ANSI/AAAMI Level 1 isolation gowns were investigated: a reusable polyester gown and a disposable nonwoven gown.The study found that choosing reusable surgical gowns instead of disposable alternatives decreases the environmental footprint by:

Recent LCA research speaks for itself. Reusable textiles offer tremendous advantages for the marketplace, advantages that often go unrecognized in 2018. But our world is changing and with that change is opportunity to position and re-affirm reusable textiles as a means to battle water scarcity, reduce waste stream and lower carbon emissions.
ARTA remains committed to provide data and resources that help members sell reusable textiles—today and in the future—because the future is not disposable. 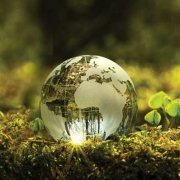 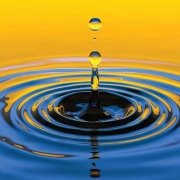