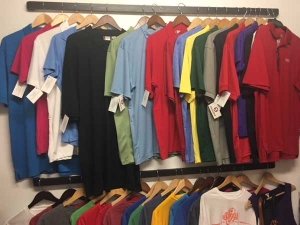 Can you supply me with some imprinted ink pens?  “No, but my friend can…”  Being a printing broker, Rob Sneed referred the call from an existing client to a friend in the promotional products business.  In less than a week, he had a request for 100 imprinted polos from another client. Thinking a little more quickly, he gathered information about the need and scrambled to provide exceptional service.  With this first order, Rob found Vantage Apparel and through that relationship discovered the Advertising Specialty Institute which allowed him to offer promotional products to existing printing customers.

The business at that time was specifically the distribution of business forms. “We didn’t print anything” says Rob, “but we were very successful in outsourcing for a profit”.

Rob’s father started the business after a long career with the nation’s largest business forms company by launching Triangle Business Forms in the Durham, NC area in 1987. After graduating college and a three month tour of the USA, Rob joined his dad with the goal of building business.
The recession of 2008, had a major negative impact on the printing industry. Rob’s dad decided to retire and Rob assumed full responsibility for operations. With a goal of expanding promotional products sales, he wanted to find a more relevant name for the company. After spending time and money with branding companies that never produced an acceptable name, Rob came up with “Markable” which he refined to “MarkaBull” and launched in 2009.

When you ask Rob where and how he gets his business, he’ll tell you it comes from all over the country. “I learned early in my career to go after business. The key is to always be aware of opportunities wherever you are. “I remember once getting an invoice in the mail from a company where we had ordered some clothes for our children. I called the company and got the business of printing their invoices.” “I’ve been in a restaurant and noticed a person who by his actions appeared to be the owner.” I simply introduced myself, and ended the conversation with my favorite line – “We’d like the chance to earn your business.” Once you get that business you follow it. If it is a franchise or branch, you follow it to other franchises or to corporate. 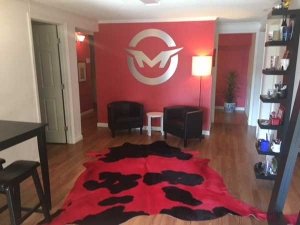 Rob also makes it a point to be different. “I own my website and it won’t look like everyone else. I put unique and high end product on my site and do not show prices. Once you determine a customer’s budget, you can adapt to it. But let them see the best you’ve got”.

“We also seeks knowledge from others in the industry. When you don’t feel smart enough to do something, find someone who is.” “One thing that excites me about Universal Unilink is opportunities to talk to other independent business Members. To learn what they’ve done wrong and to learn what they are doing right.”

Rob started day one of his membership by creating a savings spreadsheet. He records each order with previous cost, the Universal Unilink price and dollars saved. “I don’t know how anyone can determine the benefits if they don’t keep track of them. So far my membership has increased margins by 5 to 10%. I use the website daily and go to Preferred Suppliers first.” he shares. Rob also reports substantial savings on his ASI program under Universal Unilink’s plan. With Rob’s desire to learn and grow and his understanding of relationships and loyalty, MarkaBull has a great future ahead. In fact we’d say it’s Re-MarkaBull. 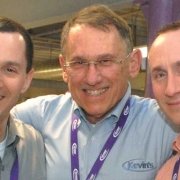 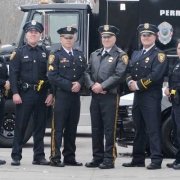 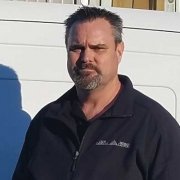