Tired of the whiners, complainers, gripers, and groaners in your workplace? Negative employees are an all-too-common anchor around the neck of too many work teams.

Some studies suggest that about 70% of all conflicts in the workplace are based not on what people are saying, but how they say things. Moreover, it is estimated that in the typical workplace there are ten negative (“squawking seagull language”) comments to every one positive comment.

And it gets worse! Negative comments are thought to have five times the power of every positive comment – their impact is felt even more potently.

After a decade of research on high and low performing teams, Marcial Losada found that 2.9013 is the ratio of positive to negative emotions necessary to make a corporate team successful. (Now that’s a rather specific number…you’re probably safe to round it off to three!) This 3:1 ratio of positive to negative comments is known as the “Losada line.” And, ideally, Losada’s research found, if your workplace can boost the ratio to 6:1, the likelihood of greater team successes will follow, and you’ll have a far better chance of creating a truly inspiring workplace culture.

Of course, it’s not necessarily a simple shift to make. Negative energy begets more negative energy. And don’t discount the notion that it’s fun to gripe! We all do it, and there are times when there’s nothing more fun than participating in a good mutual “rant-in” over a steaming cup of coffee.

So what can you do?

Start simply by raising awareness. Remind people of the power of the language they use in the workplace and to be aware of how they are coming across, including their body language, facial expressions, and overall energy level. Remind people that how they say things matters – a lot!

A giant mascot, fun signs, and reminder messages throughout your office can help people think twice before they speak and encourage them to be aware of how they might be perceived.

To help your team become more conscious of its attitudes and language, try distributing some handheld counters, the kind museum attendants use to measure the number of people attending an exhibit. Then have everyone tally up the number of negative comments they either speak themselves or hear over the course of a week. Now, unless you also tally the positives, you won’t have a sense of the ratio, but at least you’ll raise awareness of the language being used on your team.

You also can try some other tricks, at least until you and your team are more aware of the language. Snapping an elastic band on your wrist every time you say something negative, or having people pay a quarter into the social fund each time they use a “seagull comment,” are a little gimmicky, but they can be fun, help raise awareness and, at least at the start, help you raise loads of money!

Finally, and perhaps most importantly, you also need to consider that the seagulls might just have something important to say, they just don’t know how to express it in a positive way.
Open and honest communication, including direct feedback and honest criticism, is a hallmark characteristic of any successful organization. After all, not every idea is a great idea!

As draining as non-constructive negative energy is on a workplace, there’s also the danger of falling into “group think” mode, where teams that are too focused on putting on a warm and fuzzy happy face to avoid conflict at all costs end up ignoring the proverbial elephant in the room, wasting time, and expending energy on truly bad, even dangerous ideas. When not all the voices get heard on a team, for fear of coming across as a seagull or fear of retaliation, then mistakes, sometimes critical ones, can happen and the best ideas don’t necessarily win the day.

Great workplaces create an environment where all ideas are open to inquiry and honest debate.

Keep in mind, the reason employees sometimes resort to seagull behavior is because they haven’t been given all of the information, they feel excluded, or they feel like they haven’t been heard and given a proper voice at the table. To build a great workplace culture, you need to differentiate between honest, open, and constructive debate and criticism vs. draining, energy-sucking, destructive language.

And it’s not enough to simply tell people to, “Quit being seagulls!” 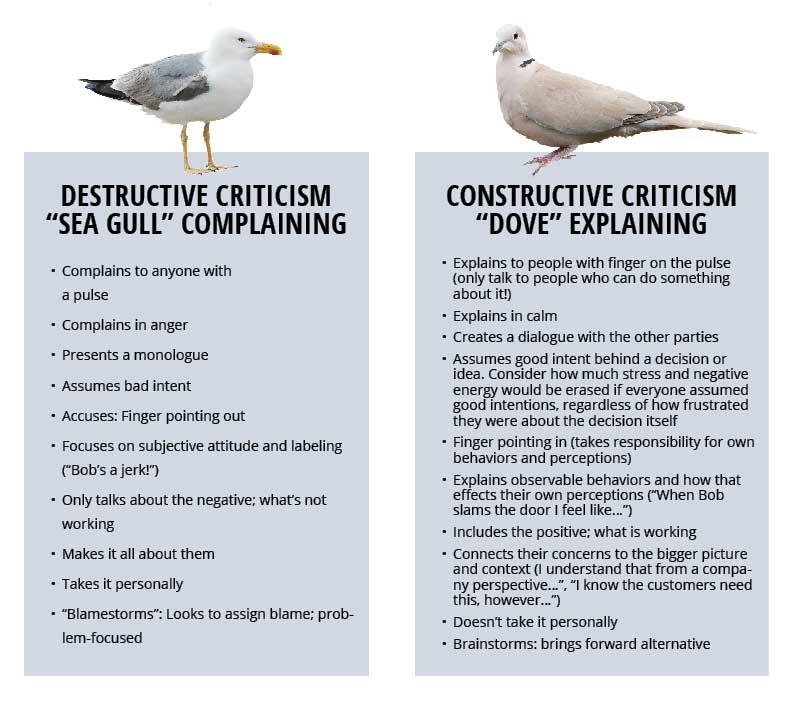 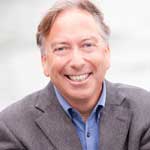 Michael Kerr is a motivational speaker, business trainer and author.  If you missed Michael’s highly popular presentations at the 2015 Universal Unilink Business Development Conference, watch the replay in the video library on the member site.